In 1868, the American watchmaker and entrepreneur Florentine Ariosto Jones travelled from Boston to Switzerland and founded the ‘International Watch Company’ in Schaffhausen. His visionary dream was to combine advanced American manufacturing methods with the craftsmanship of Swiss watchmakers to make the best pocket watches of his time.

Click below to register, become a member of My IWC, and benefit from a 6-year extension to the standard 2-year international limited warranty. 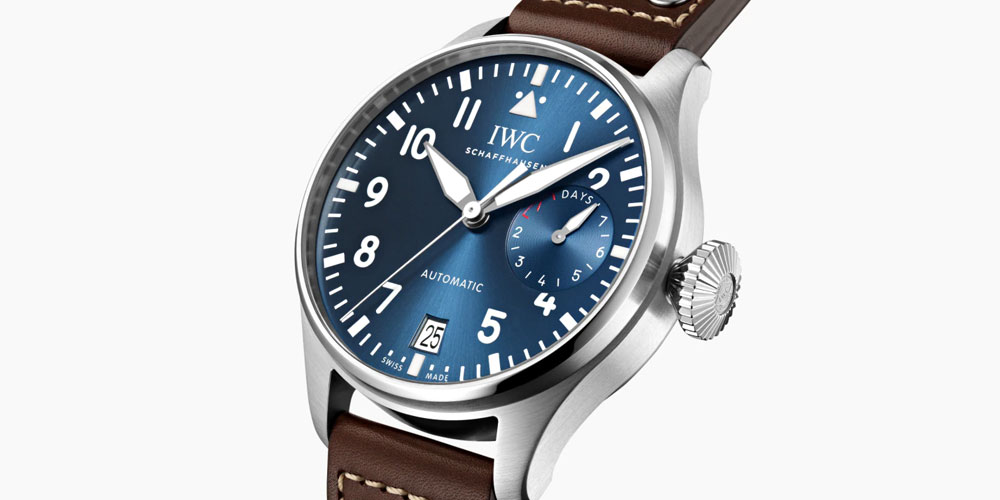 Conceived as navigation instruments for aviators, IWC Pilot’s Watches are the quintessential tool for modern-day explorers. 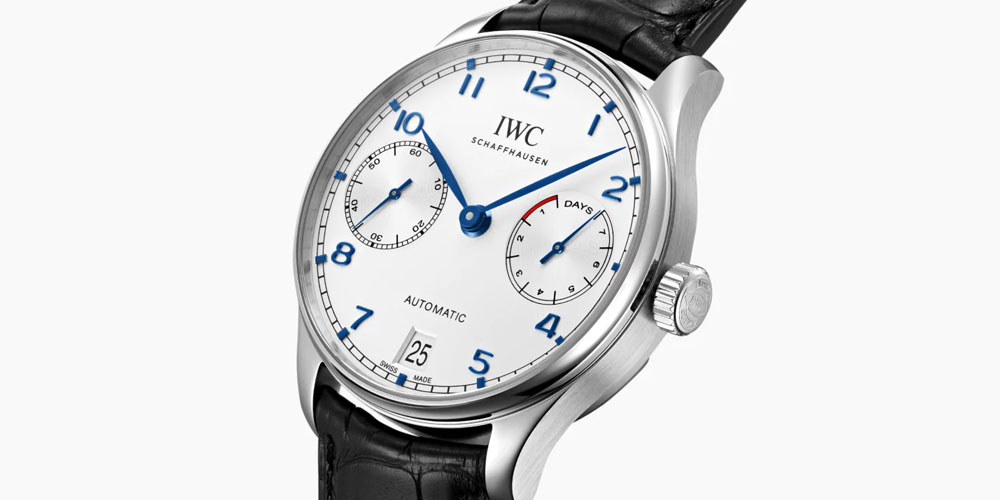 With a design that is as crisp as it is timelessly modern, the IWC Portugieser has turned into an icon of watchmaking. 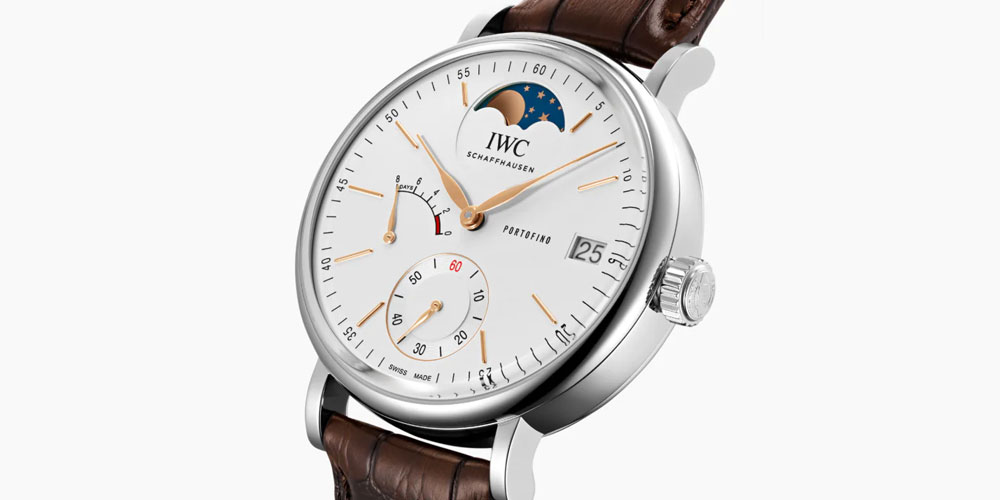 Blending timeless elegance with a touch of glamour, the IWC Portofino reflects the sophisticated lifestyle of the Mediterranean. 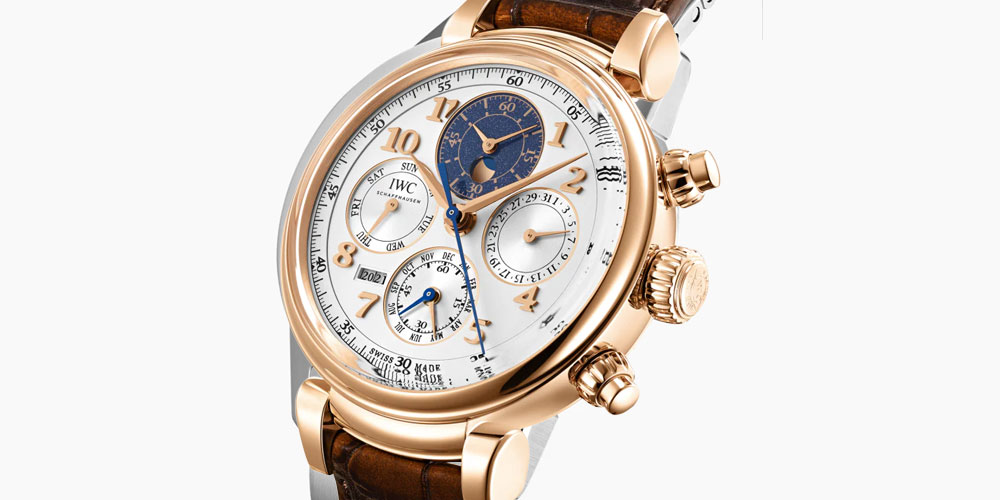 A haven for technical innovations and high complications, the IWC Da Vinci is also appreciated for its unique aesthetic. 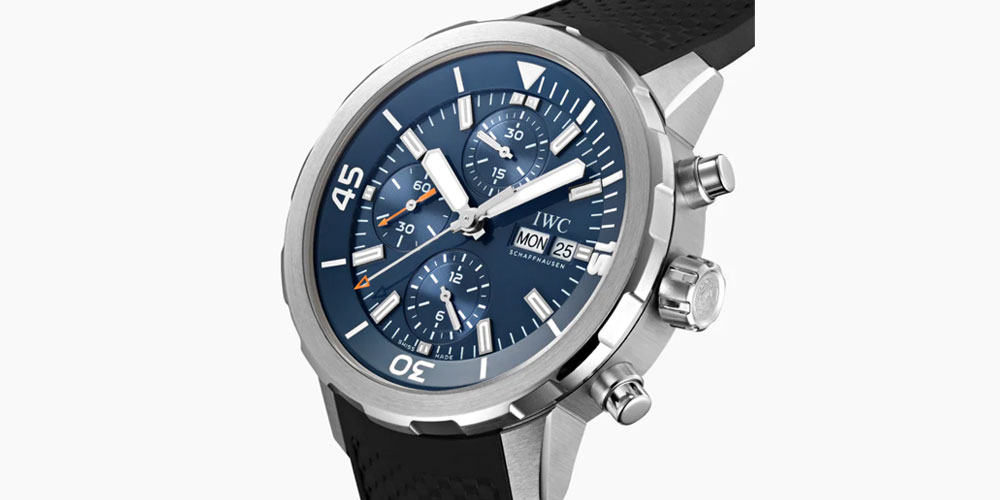 Engineered as a professional instrument for divers, the IWC Aquatimer is equally suitable for any adventure on dry land. 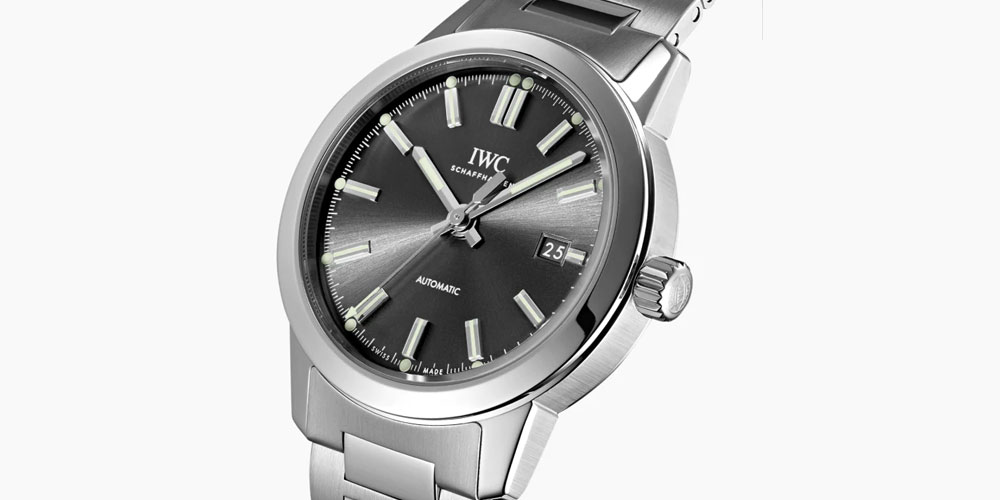 Thanks to a combination of elegance and sportiness, the IWC Ingenieur is an understated and highly versatile timepiece.

IWC SCHAFFHAUSEN In 1868, the American watchmaker and entrepreneur Florentine Ariosto Jones travelled from Boston to Switzerland and founded the ‘International Watch Company’ in Schaffhausen. His visionary dream was to combine advanced American manufacturing methods with the craftsmanship of Swiss watchmakers to make the best pocket watches of his time. In doing so, he not only laid the foundation for IWC’s unique engineering approach but also established the centralised production of mechanical watches in Switzerland. Over its 150 year history, IWC Schaffhausen has developed a reputation for creating functional complications, especially chronographs and calendars, which are ingenious, robust, and easy for customers to use. A pioneer in the use of titanium and c eramics, IWC today specialises in highly engineered technical watch cases manufactured from advanced materials, such as titaniumaluminide and Ceratanium®. Preferring the principle of “form follows function” over decoration, the Swiss watch manufacturer’s timeless creations embody their owners’ dreams and ambitions as they journey through life. IWC sources materials responsibly and takes action to minimise its impact on the environment, creating intrinsically sustainable timepieces that are built to last for generations. The company prides itself in training its own future watchmakers and engineers, as well as offering an excellent working environment for all employees. IWC also partners with organisations that work globally to support children and young people.

Go through time with IWC watches! Florentine Ariosto Jones, the founder of IWC watches, a Swiss brand, evolved from the small watch shop he opened with his own efforts to become the world’s largest watch brand with his journeys through time. 7 years after the opening of the watch shop, Florentine Ariosto Jones, who established his own factory and switched to serial watch production, has been strengthened by the constantly renewed energy of the IWC watches that he has produced as jewelry since the moment it was founded.

IWC watches have been using the slogan “Probus Scafusia” – “Good, solid workmanship from Schaffhausen” in their promotions since its establishment, and still defies time with these timepieces, which are a marvel of design and craftsmanship. The adventure, which started with the production of pocket watches, was sold by Florentine Ariosto Jones to the Rauschenbach family in 1880 and became the world’s largest watch company with its innovative watch production. Continuing to be a luxury watch brand since the day it was founded, IWC watches became famous around the world with the pilot’s watches included in its collection in the mid-1930s.

IWC watches, which have the cult status of luxury watches, combine traditionalist modernity concepts. IWC watches continued their way after the Rauschenbach family, by Ernst Jakob Homberger during the war, and by his son Hans Ernst Homberger in 1955 after his death, and then in 1978 under the leadership of the German manufacturer VDO Adolf Schindling AG. Now, Richemont has reached the peak of its journey with luxury watch models in different styles and features around the world. continues to be led. These magnificent models, which are demanded by the world for different purposes, from diving watches to classic dress watches, are meeting with you.

The Jewel in Time

IWC watches carry life and spirit in time travel. Carry art with you with IWC watches, which take their place in the most precious memories in every moment of life, right in time.